Readers will find a clever, endearingly awkward, and downright hilarious heroine in Jessica James. This is an irresistible treat for fans of kickass women sleuths and laugh-out-loud funny mysteries. 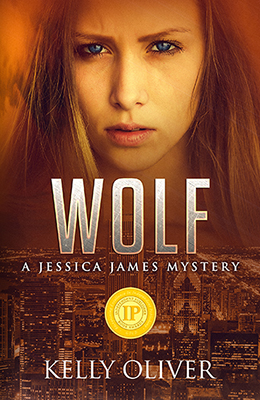 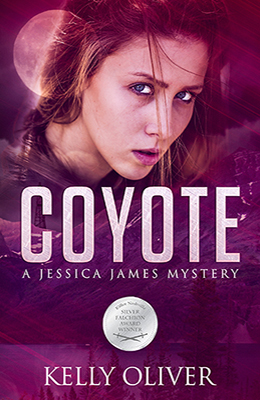 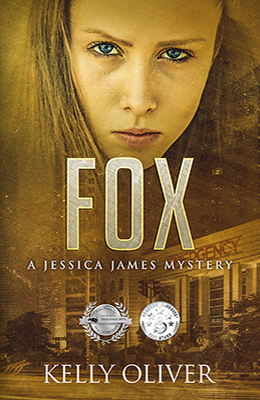 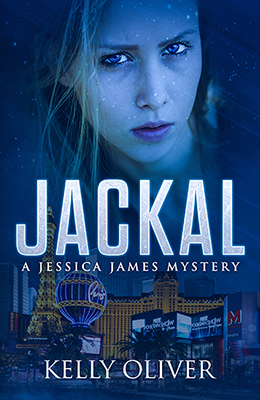 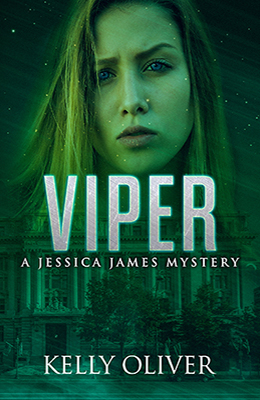 “Fast paced and full of fascinating characters… Jessica is a heroine readers will root for.”
—BookLife Prize for Fiction

“an intriguing, authentic, and genuinely amusing suspense yarn with a unique female lead in the titular character that will appeal to a broad range of readers.”
—Author Samuel Marquis

“A thrilling and suspenseful mystery, its every page jam-packed with action…masterfully builds suspense with its relatable protagonist and bold subject matter.”
—Foreword Reviews

“A cast of characters who charm us from beginning to end…. a fun romp of a read through mystery and mayhem.”
—Mystery Book World Live

Donors to the new world class Chicago museum of Russian art are dropping like flies, and Jessica is at the center of the carnage. Can she track down the killer before she falls into his trap?

Speaking of traps, this doozy puts Jessica in the middle of a love triangle she’d do anything to avoid.

In her latest outing, Jessica once again puts her boots in the stirrups and cracks the whip on first class entertainment.

Mystery, suspense, action, adventure, romance, and laugh-out-loud humor. What more could you want in a page-turner? A riveting suspense novel that keeps you guessing until the end. 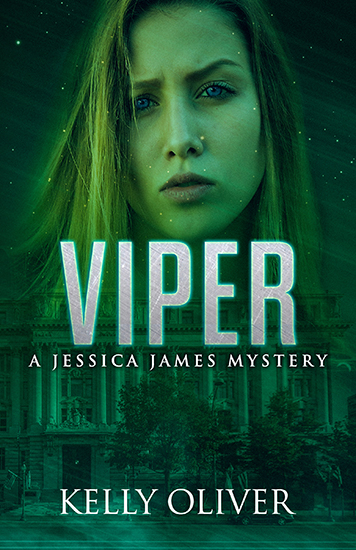 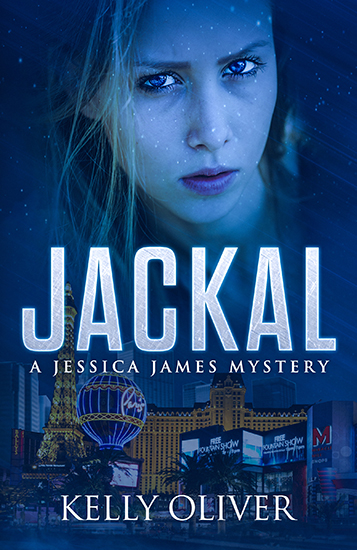 She’s in Sin City to search for her dad. But is she about to place her final bet?

Philosophy student Jessica James is desperate to find her real father. Broke and crashing with a stripper friend in Vegas, all she knows is that he’s supposedly a washed up magician. But all bets are off when she discovers a naked guy in a hotel bathtub missing a kidney…

Suspecting her gyrating roommate could be tangled up in more than a g-string, Jessica ropes in her poker-ace sidekick to help. But when she discovers the ruthless casino mob is closing in, she’s worried the search for her dad was just an illusion.

Can Jessica crack a criminal cartel before the mafia makes her cash out for life?

Jackal is the fourth standalone novel in the thrilling Jessica James Mystery series. If you like quirky characters, action-packed suspense, and hilarious page-turners, then you’ll love Kelly Oliver’s gripping whodunit.

Buy Jackal to watch a sleuth prowl the seedy streets of Vegas today!

Genes to die for—and someone does…

When Jessica James wakes up half naked behind a dumpster in downtown Chicago, she thinks at first the hot intern feeding her Fiery Mule Slammers slipped her a Mickey. But after a pattern of similar incidents around Northwestern Research Hospital, Jessica realizes she wasn’t raped, she was robbed. Robbed of something as valuable as life itself.

The “dumpster girls” are all top of their class, attractive college girls students, who are drugged and dropped unconscious behind dumpsters. When rape kits all come back negative, the police are baffled. But when the perp escalates and kills one of his victims, Jessica takes it on herself to solve the bewildering mystery and save herself and her friends as the “thief” closes in on them.

Hunting for the predator, Jessica discovers secrets about her own identity that force her to rethink her past. The solution to the mystery lies in the cowgirl philosopher’s boot-cut genes. 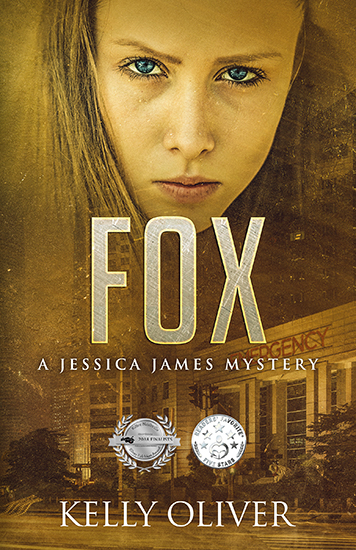 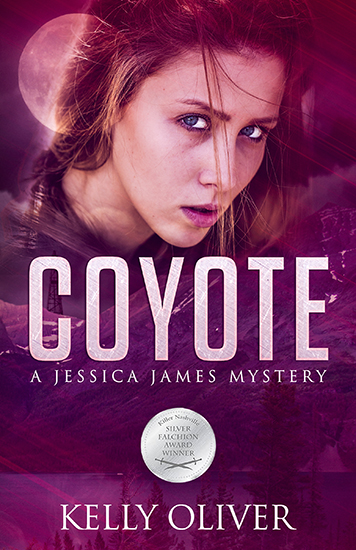 Jessica James, scrappy cowgirl-turned-philosopher, returns home for summer break, only to take on one of the biggest oil companies in the country—and its connections to corruption, sex trafficking, and murder. A murder way too close to home…

She’s not home an hour when her cousin Mike hints that a series of freak accidents at the lumber mill where he works might not be what they seem. So when Mike is killed in the saw room the day after an argument with the mill’s new owners, the Knight brothers, Jessica knows it’s no accident.

Working at Glacier Park to earn just enough money for books and whiskey, Jessica meets the secretive Kimi RedFox, who’s on a mission to stop Knight Industries from fracking on Blackfeet land. Even more distressing, Kimi accuses the Knight brothers of operating a prostitution ring on the reservation. It doesn’t take long until Jessica is pulled into Kimi’s David versus Goliath battle with the Knight brothers. Ready to fight to save Kimi’s young sisters from human trafficking, and find out who killed Mike, Jessica isn’t as ready for the surprising discovery about the accident that killed her father eleven years ago.

Fans who like their female protagonists fierce and fearless will get a real kick out of this one.

Read praise for the series
Read an excerpt

What if the evil professor you fantasized about murdering actually wound up… dead?

Twenty-one-year-old Jessica James isn’t your average Northwestern University Philosophy PhD candidate. Raised on a Montana ranch by a charming but alcoholic mother, she’s as scrappy as she is smart.

Unbeknownst to everyone but the secretary and janitor, Jessica’s living in the attic of the Victorian mansion the university transformed into the philosophy department, It’s not the best Chicago has to offer, but it’s the Waldorf compared to the dingy trailer park of her childhood. Jessica works hard—no thanks to her arrogant thesis advisor Professor Baldrick Wolfgang “The Wolf” Schmutzig. “Preeminent Philosopher” and World-Class Dickhead. He’s going out of his way to prevent Jessica from completing her degree.

Things take a sinister turn when Jessica and her pal Jack find the smug professor murdered in the bathtub of his office. That’s when her real education begins.

Kelly Oliver serves up an irreverent murder mystery with flavors of hard-boiled mobster grit, and a fierce female lead readers will adore. Jessica James is a clever, endearingly awkward, and downright hilarious heroine, a brilliant philosopher who’s much more than curious.

Smart, capable women shine in this cast. An irresistible treat for anyone who’s ever wanted to murder the Wolf in their own life.

Read praise for the series
Read an excerpt 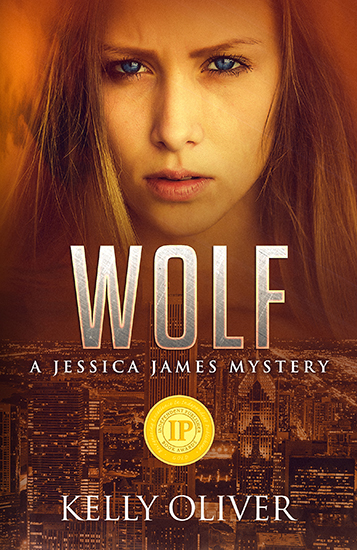 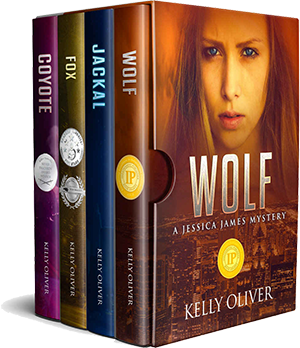 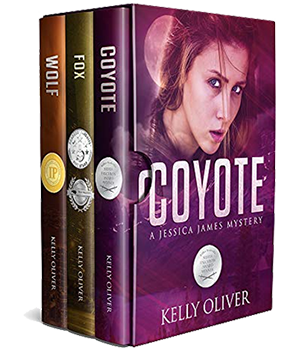 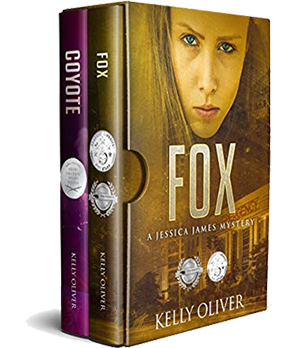 Get a discount on Jessica James Box Sets: Shopify

Sign up for my newsletter
Giveaways, cat pictures, and other fun stuff!

Click here to signup and get WOLF for Free!

We use cookies to ensure that we give you the best experience on our website. If you continue to use this site we will assume that you are happy with it.OK