Long before she became his secretary, the War Office assigned Miss Lemon to spy on Hercule Poirot, a mysterious Belgian refugee.

It’s 1917, at the height of World War I, and a suspicious Belgian refugee has taken up residence at Styles Court. Hercule Poirot—reportedly Belgium’s most famous detective—is tiptoeing around in fancy suits, shopping for expensive mustache pomades, and taking tea with posh country ladies. The War Office wants to know why. Some of the upper brass suspect he’s a German spy. They want to know whom he’s working for and why he’s in England.

Miss Felicity Lemon is determined to find out, even if it means donning a beard and posing as a toxicologist on holiday.

The Miss Lemon series begins with Agatha Christie’s first novel, The Mysterious Affair at Styles, and continues with other Poirot mysteries, reimagining them as told from Miss Lemon’s perspective as she trails the funny little detective across the English countryside solving murders.

Some say she’s the second smartest person in the room, but the jury’s still out… 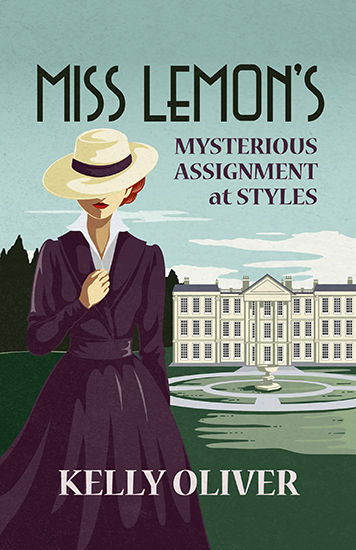 Sign up for my newsletter
Giveaways, cat pictures, and other fun stuff!

Click here to signup and get WOLF for Free!

We use cookies to ensure that we give you the best experience on our website. If you continue to use this site we will assume that you are happy with it.OK