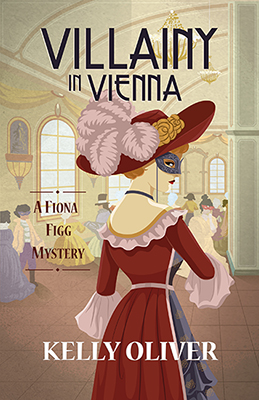 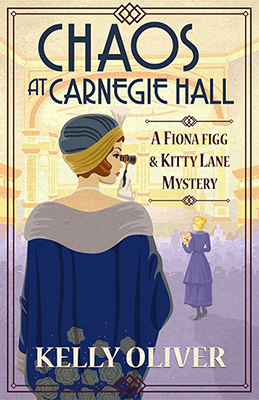 “Every once in a while a book comes along that really blows away the competition. Oliver takes you deep into World War I… into a story that you won’t want to end.”
—The California Herald
“A fun diversion with an entertaining female lead.”
—Kirkus Reviews
“If you are looking for a book that will keep you enthralled from beginning to end, and keep the world at bay then you must check out Betrayal at Ravenswick.”
—The American Reporter
“This book delivers readers a good dose of humor while keeping the heartbreaking reality of war in the mix. This is one epic read.”
—The Los Angeles Post
“Fans of Susan Elia MacNeal will gobble up this series! Highly recommend.”
—L.A. Chandlar, author of the Art Deco Mysteries
“Readers will find this story impossible to put down and will eagerly await the sequel.”
—Barbara Monajem, USA Today Bestselling author of the Lady Rosamund Mysteries
“Fans of traditional mysteries will root for Fiona Figg as she navigates the treachery of London…”
—Liz Milliron, author of The Homefront Mysteries
“A truly masterful and mysterious web… Perfect for fans of Downton Abbey and readers of Jacqueline Winspear’s Maisie Dobbs novels.”
—BookTrib

What’s the best way to purge an unfaithful husband?

Become a spy for British Intelligence, of course.

Desperate to get out of London and determined to help the war effort, Fiona Figg volunteers to go undercover.

It keeps her from thinking about Andrew, her philandering husband.

What sort of name is Fredrick Fredricks anyway?

Too bad Fiona doesn’t own a Wolseley pith helmet. At Ravenswick a murderer is on the prowl, and it’s not just the big-game hunter who’s ready to pounce. 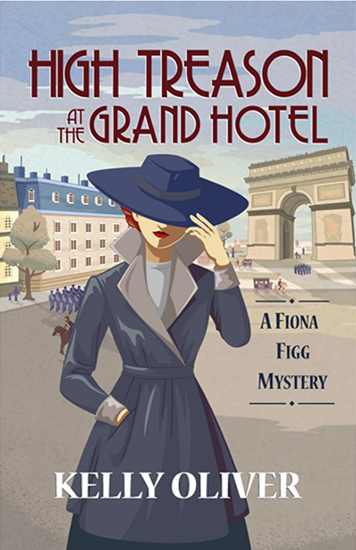 High Treason at the Grand Hotel

Paris. 1917. Never underestimate the power of a good hat… or a sharp hatpin.

Sent by the War Office to follow the notorious Fredrick Fredricks, file clerk turned secret agent Fiona Figg is under strict orders not to get too close and not to wear any of her usual “get-ups.”

But what self-respecting British spy can resist a good disguise?

Within hours of her arrival in Paris, Fiona is up to her fake eyebrows in missing maids, jewel thieves, double agents, and high treason.

When Fiona is found dressed as a bellboy holding a bloody paperknife over the body of a dead countess, it’s not just her career that’s on the block. 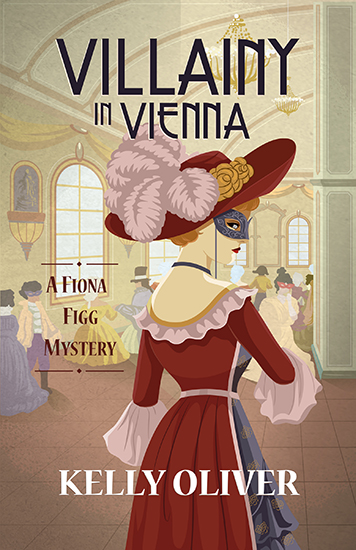 When a royal ball ends with a royal body in the middle of the dance floor, Fiona trades her dancing slippers for her practical oxfords and sets out to investigate.

As she tracks her nemesis, Fredrick Fredricks, from Vienna to the Austrian countryside, a hunting accident makes her rethink her loyalties.

Can Fiona prevent Fredrick Fredricks from striking again, save her own skin, and find a decent cup of tea? 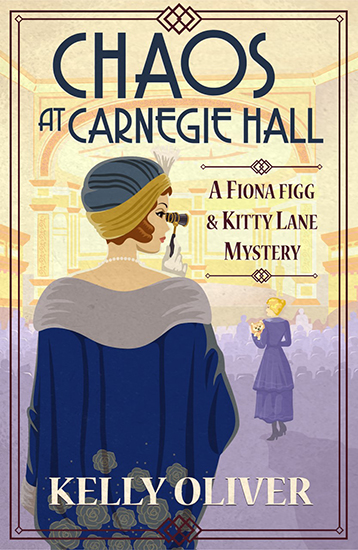 Can Fiona catch a killer and find a decent cup of tea before her mustache wax melts?

Notorious spy, Fredrick Fredricks, has invited Fiona to Carnegie Hall to hear a famous soprano. It’s an opportunity the War Office can’t turn down. Fiona and Clifford are soon on their way, but not before Fiona is saddled with chaperon duties for Captain Hall’s niece. Is Fiona a spy or a glorified babysitter?

From the minute Fiona meets the soprano aboard the RMS Adriatic it’s treble on the high C’s. Fiona sees something—or someone—thrown overboard, and then she overhears a chemist plotting in German with one of her own countrymen!

And the trouble doesn’t stop when they disembark. Soon Fiona is doing time with a group of suffragettes and investigating America’s most impressive inventor Thomas Edison.

When her number one suspect turns up dead at the opera and Fredrick Fredricks is caught red-handed, it looks like it’s finally curtains for the notorious spy.

But all the evidence points to his innocence. Will Fiona change her tune and clear her nemesis’ name? Or will she do her duty? And just what is she going to do with the pesky Kitty Lane? Not to mention swoon-worthy Archie Somersby…

If Fiona’s going to come out on top, she’s going to have to make the most difficult decision of her life: the choice between her head and her heart.