Lying atop the lone desk in an otherwise empty attic, Jessica James chewed at a jagged corner of her fingernail, staring up at the antique cobwebs on the dusty light fixture and wondering how her first year in graduate school had become such a tinderbox. When she ran out of fingernail, she chewed on the skin underneath until she tasted blood, then sucked on her ironclad humiliation. Inspired by the painful pressure of the hard desk against her boney hip, Jessica closed her eyes and imagined a fitting demise for the thesis advisor whose Birkenstocks had stomped on her dream of getting an advanced degree: a quick defenestration, a slow acting poison, or a hard bludgeon to his fat ugly head with the blunt side of an axe. Professor Baldrick Wolfgang Schmutzig, “Preeminent Philosopher” (and World-Class Dickhead) had insulted her for the last time.

Tap. Something hit the attic window. Jessica sat at attention, straining to listen, in the darkness. Tap. Tap. She slipped off the desk then tiptoed over to the window and tried to peer out, but all she saw was her round freckled face, messy blonde hair, and startled blue eyes reflected in the thick antique windows. Even during the day, those cataracts of milky glass tainted the outside world with green light, as if everything were tinged with rot. She yanked at the casement, but sealed shut from a century’s worth of impenetrable paint, the frame wouldn’t budge. 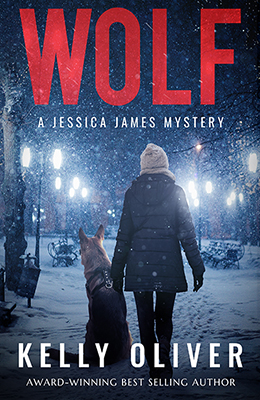 Twenty years ago, Northwestern University had acquired the Victorian mansion and its posh city block. Once inhabited by Chicago’s smartest and most fashionable set, now it housed a well-educated group of misfits and oddballs. She hated to think what kind of spirits might haunt this place: anxious graduate students overdosed on No-Doze, suicidal professors denied tenure, shamed secretaries asphyxiated by acetone, clumsy co-eds tripping down the stairs on killer spiked heels. For the past two nights, Brentano Hall’s creaky noises, cold drafts, and musty odors had been giving her the creeps, but she dreaded trudging home to Alpine Vista trailer park and its familiar inhabitants, moose-eating rednecks, tree-hugging hippies, and neo-Nazi skinheads. Twelve more sleepless nights before she could slog back to Montana—high, wide and boring.

Tap. Tap. Tap. As pebbles continued showering the window, Jessica jammed her bare feet into her Justin Ropers, threw her fringe jacket over the dirty t-shirt and faded jeans she’d been sleeping in, then crept out of the abandoned office and headed for the narrow staircase. All she needed to top off this week from hell was the campus police busting her for living in the Philosophy Department attic. Galloping down the stairs into god-knows-what in the middle of the night, she thought of her mom’s parting words almost a year ago, “Be good.” Then holding Jessica at arm’s length for inspection, she’d added with a wink, “And if you can’t be good, be careful.”

Holding onto the banister, Jessica hesitated at the second floor landing, then ducked into the bathroom, scooted across the tiny room to the window, and peered out. Nothing but a sliver of yellow moon against a starless sky. She craned her neck to look down at the side lawn. Nobody. Ping. Ping. Whoever was pelting poor old Brentano Hall was going to blow her cover. So far only the secretary and the janitor knew she was living in the attic, and the janitor had just left a few minutes ago at ten when his shift ended. When the tapping became banging, Jessica dashed back to the staircase and quickened her pace, trying not to slip down the remaining stairs. If she didn’t stop the ruckus soon, the campus police would. Bang. Bang. Bang. The projectiles were picking up pace.

Growing up in a scrappy trailer park, Jessica had learned to keep a safe distance from flying objects, especially whizzing vodka-tonics and airborne ashtrays, the fallout from her mother’s drunken mood swings. Muscles taut, ready to dodge whatever was thrown her way, her childhood reflexes had outstripped her coordination, and she’d found herself jolting and jerking into adulthood, her pensive watchfulness mistaken for keen intelligence. Along the way, she’d learned, if she kept her mouth shut, eyes open, and ducked, she could slip under the radar, especially when she tucked her long blonde hair up into a cowboy hat and wore her jeans one size too big. Better to stand back and watch, assess the situation and stay out of the crossfire.

Jessica stopped in front of the door to the departmental library, took a deep breath, turned the doorknob, then inched along the library wall, staying away from the window, still trying to see whoever was out there without being spotted.

“Hang back, follow the leader, and enjoy the ride,” her mom always said. Of course, she was giving a poker lesson, but it seemed a pretty good life lesson too. Jessica had tried to heed that lesson for most of her twenty-one years, but eventually her curiosity would get the best of her. Then she couldn’t resist poking at a leaky gas-cap, throwing a can of Coke into the campfire, turning her cousin’s Ping-Pong balls into gun cotton, or checking to see if horse manure was really flammable. As hard as she tried to be good, Jessica James was constitutionally incapable of being careful, and maybe that’s why she was at this very minute running headlong into unknown flying objects being hurled at Brentano Hall.

A harsh Lake Michigan breeze stung his cheeks and smarted his eyes as Dmitry Durchenko hurried toward the university parking garage after working his regular night shift at Brentano Hall. When Dmitry reached the garage, he hesitated at the elevator, trying to remember where he’d parked. He reached into the pocket of his windbreaker, but instead of his parking stub, he found the napkin Vanya had threatened him with the night before at Pavlov’s Banquet. Hands shaking, he turned it over and read what was written on the back in thick blocky Russian letters: “Little thieves get shot, but great ones escape.” He pushed all of the elevator buttons, figuring he could stick his head out at each floor until he spotted his van. At least he remembered parking it across from the elevator. When the door opened on the fifth floor, he saw a distant glowing ember and the silhouette of a man in the passenger seat of his Toyota minivan. He took a deep breath, and as he strode toward the van.

All his muscles tightened as he opened the driver’s side door and a wall of smoke slammed into his face. Vanya Ivanov may be only Shestyorka, the lowest ranking card in the Russian deck, but sometimes the lowball could really mess up a good hand. The wiry little punk was covered in tattoos popular among Russian criminals, the most distinctive on his left shoulder, the face of a cat with crazy eyes and razor fangs. He also had a red rose tattooed carved into the back of his right hand, a symbol of acceptance into Bratva, the Brotherhood. Dmitry’s stomach sunk thinking about the torture and pain inflicted in the name of “fraternity.”

“What do you want, Vanya?” Weak-kneed, Dmitry dropped into the driver’s seat. His cousin ignored him and flicked the ash from his cigarette onto the carpet onto a disgusting pile of bent butts on the floor. Black beads had formed on the synthetic fibers where the carpet was charred.

“Could you please quit burning holes in my floor?” He knew he couldn’t turn a wall into a door just by pounding on it, but he tried anyway. Dmitry opened the ashtray. “Come on. Use the ashtray or get out of my van.”

Vanya dropped his lit cigarette onto the pile, ground it into the carpet with his Italian lace-up, lit another one, then inhaled deeply and blew out a series of concentric smoke rings. “The Pope wants to know why you’re keeping secrets from him,” he said in Russian, his gold grill reflecting the florescent lights in the otherwise dark parking garage.

“Why would I do that?” Dmitry wondered which secret he meant. Of course he kept secrets from Bratva. Some of them could get him killed.

“I’m not in the mood for games. Just get to the point.”

“Little birdie told us you give teacher friend something what belongs to the Pope.” Vanya continued in English. He grinned and stamped out another cigarette. “The Pope wants them pictures. You better give him pictures if you know what’s good for you.” Vanya may be his cousin and just an errand boy for Bratva, but that didn’t make him less dangerous. If anything, it made him more unpredictable. He had something to prove. Little honey badgers were known to attack big lions.

Dmitry put both hands on the steering wheel to steady himself. The smoke was making his eyes burn. “If you cared about my health, you’d quit smoking so much.”

“Just friendly warning, chuvak.” Vanya’s smile had disappeared. “For now, Pope needs you. Not always.” He opened the van door, stepped out, and then ducked his head back inside. Slowly the corners of his mouth turned up. “Pope needs you,” he said with a sly smile, “but he don’t need your bigmouthed teacher.” With that, he flicked his lit cigarette at Dmitry and slammed the van door shut.

Dmitry needed to find out what the Pope knew about his father’s paintings. He would have to head into the lion’s den, but first, he needed to warn the professor. He thought of what his mother always said whenever he cut himself, “Dimka, scars are time’s alphabet.” If so, his body was covered in poetry, his soul contained an entire encyclopedia of pain and loss, and now that Bratva had found him, the writing was on the wall. It was only a matter of time.